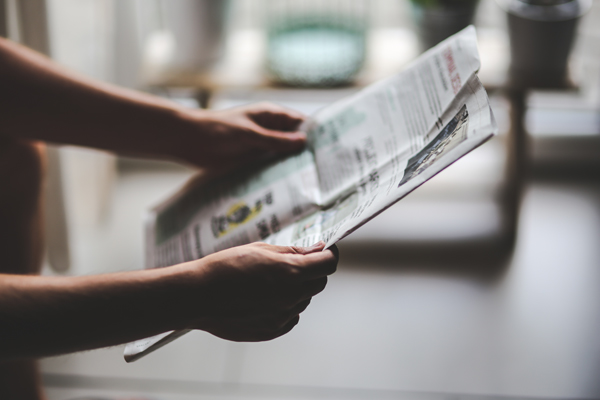 MILWAUKEE (AP) Newspaper publishers across the U.S. already strapped by years of declining revenue say they're dealing with an existential threat: Recently imposed tariffs on Canadian newsprint driving up their business costs.

The tariffs are a response to a complaint to the U.S. Department of Commerce from a hedge fund-owned paper producer in Washington state, which argues that its Canadian competitors are taking advantage of government subsidies to sell their product at unfairly low prices. The tariffs, imposed in January and increased in March, are not permanent yet. But newspaper publishers are bracing for another blow to an industry that has shrunk with the loss of advertising revenue to the internet.

Critics of the paper tariffs say the businesses that will ultimately be harmed are not Canadian paper producers, but U.S. newspapers that will have to cut staff and reduce publication days to afford higher prices of newsprint the sheets newspapers are printed on. The newspaper industry employs just over 150,000 Americans, which is about 276,000, or 65 percent, fewer than two decades ago.

"To get an unbudgeted increase of this magnitude will be for many publishers very, very serious to catastrophic', said Tom Slaughter, the executive director of the Inland Press Association, which represents about 1,500 daily and non-daily newspapers in every state.
A large metro newspaper can expect annual increases of about $3 million in printing costs, according to Paul Boyle, senior vice president for the News Media Alliance. While larger papers might be able to survive the increase, Boyle said smaller publications might not.
"I've heard from small publishers who've said, "I'm worried about shutting my doors", he said.

Boyle said his organization formerly called the Newspaper Association of America is compiling a survey from its member and nearly every publisher is exploring layoffs and scaling back news coverage.

Steve Stewart, publisher of The State Journal in Frankfort, Kentucky, told readers in a March 30 column that the newspaper they were reading cost 10 percent more to produce than a few weeks earlier and could cost as much as 40 percent more in a few months. He said this will result in fewer pages, higher subscription costs and less non-local content.

The International Trade Commission is expected to make a final determination on the tariffs in August or September.

Canadian newsprint producers began paying an average of 6.53 percent more to export their products to the U.S. in January, when the Commerce Department concluded that would help offset the foreign paper mills' advantage over American companies. In March, the department increased the cost by another 22 percent after its preliminary investigation concluded that one Canadian company, British Columbia-based Catalyst, was underselling the uncoated groundwood paper newspapers use by that much less.

In response to the second increase, Catalyst said the tariff was "without merit" and that it "will continue to vigorously defend itself against an unwarranted and onerous U.S. trade action."

The North Pacific Paper Company, which New York hedge fund One Rock Capital Partners bought in 2016, petitioned for the tariffs, arguing that Canadian companies had an unfair advantage. NORPAC, which employs about 300 people, is the only U.S. paper producer making that argument.

"While our company understands the concerns recently surfaced by some newspaper publishers, which also face a challenging marketplace, we strongly disagree with the notion that their industry requires low-priced, subsidized newsprint from Canada to sustain their own business model", Craig Annenberg, the CEO of NORPAC, said in a statement. The statement went on to say that "high-quality journalism in communities across the country should not depend on unfairly traded inputs that cause material injury to a U.S. industry and American jobs."

The U.S. currently has five operating mills, including NORPAC. Three are in Washington state, with one of them partly owned by a Canadian company. Canada owns the remaining two in Georgia and Mississippi.

Publishers say Canadian imports are not the reason for the decline of U.S.-based paper mills, but rather a 75 percent drop in newsprint consumption over the last two decades. That has led mills to switch to more profitable products such as the boxes Amazon uses for shipping, said Tony Smithson, vice president of printing operations at Bliss Communications, which owns multiple newspapers and radio stations in Wisconsin. The newsprint the company buys all comes from Canada.

Smithson said that even if every paper mill in the U.S. operated at full capacity, they still would only be able to produce about 60 percent of the newsprint consumed in the country. He said that raises another concern: A scarcity of available newsprint if Canadian producers decide to ship to other countries to avoid the new tariffs.

China, for example, doesn't accept mixed-waste paper from the U.S. or elsewhere to produce recycled newsprint, so China's publishers buy their product from Canada and Chinese demand is high, Boyle said.